MORNING MATCH - A short story by a visitor - Judy Vaughan 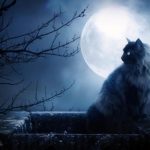 Judy  grew up in Northern New Mexico surrounded by sacred mountains and engrossed in the lives of horses and other animals. She left the family ranch for boarding school in Colorado and then attended Carleton College and the University of New Mexico School of Medicine. She has composed stories since childhood, and began to hone the craft of writing after forty years practicing neurology.

This morning, before I raise my eyelids, the cat’s paw-steps crinkle the surface of the comforter pulled to my chin. His indentations push down. They are somatosensory taps along my thigh. He might be walking in snow while I am the ground below.

A dream vanishes into the ringtone of the smart phone alarm, set today to prompt me to meet the washing machine repairman during a “window” from eight to one. “Ask him to come as early as possible,” I had told the receptionist yesterday though I have no other deadline short of their arbitrary “window.”

Awake now, I give Match his morning hug and cue him back to his sleep-spot on top of the fuzzy acrylic coverlet, folded at the end of the bed. He bypasses it, and jumps to the floor, his crepuscular self on the move at daybreak.

I don a tattered robe and hobble to the kitchen. I push the start button on my single service coffee maker.

Bangs and scuffles make me imagine the repairman at the door, sounds not unlike someone organizing their tools outside the home of a scheduled client. But it’s way too early; It’s just Match banging the door of the linen closet.

I think of all the poems that begin with the author at the breakfast nook, ceramic cup in hand, interrupting their writing to muse over the décor, the kettle or some bird outside the window. On a segue way to a solitary mood.

And there’s my bird through the sliding glass door. In the yard, an overgrown lavender shrub feeds the local hummingbirds through the damp spring. Last year’s nests stand out in the skeletons of my neighbor’s trees, and a green male Anna’s clicks as he explores the clustered back yards in my cul-de-sac. The click call, generated by a pop of air from his throat is as loud as a mobile phone notification.

I open the glass door.

The cat hears it. I let him slip through a narrow opening and crouch behind the locked screen. That’s his catio. He can’t see the bird clearly at his age, but he chirps his attention. I check the latch. Match wants to go out---the loamy smell and the swoop of the birds lure us both. Volunteer lettuce has sprouted in the wine barrel; I might broadcast a few more seeds later today.

He rattles the screen latch again and meows.

“I get it Match, but, no.” I close the sliding glass and distract him with fresh water. I push a cup of Sweet and Creamy coffee through the machine into a souvenir mug that uses three x-es to write “Relaxxx in Ireland.”

Match never wanted to be an indoor cat. As a kitten with a demanding meow, he appeared at my daughter’s home, black with white markings, the most prominent of which was a 5-millimeter spot on his forehead. A dot. Like Match.Com, the dating service that was easing me into grandmotherhood twelve years ago.

Adopted into my home, he was exhausting. His dog-like demand for my attention included biting and scratching to initiate communication. If I kept him busy, he was a lot of fun. As in tricks. He would retrieve small toy mice or bring me a toilet paper roll as a gift. I easily taught him to jump when cued around furniture or through a hoop. Escape was his favorite game, and one day he succeeded. He disappeared.

I sip the coffee and relive the grief I felt. How I let my neighbor convince me to take in an elderly stray and made her take him back the next day. How I told everyone about my “Labrador retriever cat.” For years. Tearing up every time.

Five years later, I got the call. “Did you lose a cat? ‘Match Dot Com’ on his microchip? He’s at the County Animal Shelter. He’s injured. Do you want him back?”

“I’ll be there in twenty minutes,” I said.

When I lifted his skeletal body from the shelter crate to my bosom, he snuggled and purred. He’d been found eleven miles from my house.

I move aside to let the repairman do his job. I get a rag and clean the grimy surfaces of the washer revealed during the repair. The technician, Gregor, is polite, but not as chatty as I’d want. I’ve only recently learned to restrain myself from asking about national origins. The price is as quoted, and the app on his smart phone processes my credit card. Match leaves his strangers-are-here hiding place seconds after Gregor’s van pulls away.

I reheat the last ounce of Sweet and Creamy, sit back down and open the Mac. Match jumps to the other chair then onto the kitchen table where he looks at me with an owl-like stare. His eyes, once pure green, are now checkered with iris atrophy. They look like the mosaic eyes of a Byzantine virgin. A scar has widened one tear duct. A larger one in his right axilla leaves a patch of skin devoid of hair and warm to the touch. It marks the site where an open wound almost sent him to euthanasia when he was brought in from his five years of feral life.

I must have half a dozen pictures of him on Facebook in this very pose, the owl stare hinting at a possible stealth attack, or maybe just a wise proof-read.

I suspect all those poets had a cat.

Judy lives in Elk Grove, California, and writes with Elk Grove Writers and Artists. Works in progress include her New Mexico memoir, Strawberry Roan. Her stories have placed in short story contests and have been published in NCPA Anthologies.

She is a member of the California Writers Club, Northern California Publishers and Authors, and the New Mexico Book Association.