Elaine’s novel, Mrs. Odboddy-Hometown Patriot a hysterical WWII fiction novel of suspicion and spies.  Agnes fights WWII from the home front, while seeing conspiracies and Nazi spies around every corner. When Mrs. Roosevelt unexpectedly comes to town to attend a funeral, Agnes is called upon to prove she is, indeed, a hometown patriot. 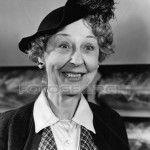 Agnes and I have been friends for over twenty-five years. She’s the cat’s meow…as the young people say. How we met…? Let me see.

It was in 1918, during WWI. Agnes and I were United States’ undercover agents, assigned a top secret operation in Paris. We spent three days hiding in a bombed-out building with our handler, Godfrey Baumgarten. Believe me, after 72 hours in a life or death situation, you end up either hating someone’s guts or friends for life. Godfrey and Agnes got quite close…too close, if you ask me… Missing from our lives for 25 years, he showed up in Newbury last week, looking for a million dollars in missing Hawaiian money and wanting to reignite his ‘friendship’ with Agnes. I don’t think she’s trying very hard to keep him at arm’s length, if you know what I mean.

After Paris, Agnes changed. She’s been paranoid, eccentric, and fanatically patriotic ever since. She’s determined to root out injustice, regardless of the consequences. I could hardly believe what she plans to do about the black market ration book scam she thinks she discovered, and when the watch tower burned down at the ocean, she says she can’t explain it because it’s Top Secret. Talk is that she burned it down, herself.

Let’s just say, Agnes tends to see conspiracies and spies under every rock. She believes Nazi spies have infiltrated Newbury. She drives Police Chief Waddlemucker crazy with her notions. She’s usually wrong, but her heart is in the right place.

Agnes lives with her granddaughter, Katherine, who works at the Curls to Dye For Beauty Salon. She does the hair and make-up for the Whistlemeyer mortuary. That certainly turned into quite an adventure, but you’ll have to read the book for the details. Spoiler alert, you know.

Fair warning to the Nazi spies out there. If you really are skulking around Newbury, planning nefarious deeds, I suggest you peddle your papers elsewhere, because if Agnes stumbles onto you, between her and Chief Waddlemucker, your name is toast!