Victory With a Victory Garden

In my latest humorous mystery/adventure, Mrs. Odboddy Home Town Patriot, Agnes grows and tends vegetables and fruit in her back yard victory garden. Here are some facts about victory gardens you may not know.

During the course of WWII, and due to labor and transportation shortages, trains and trucks were used to move soldiers and equipment, thus limiting the ability to transport fruit and vegetables products to cities and towns across the United States. Therefore, the U.S. Department of Agriculture encouraged planting victory gardens in every back yard, vacant lot or unused plot of land.

One U.S. propaganda poster read, Our Food is Fighting. Such war time posters sent the message to local citizens that produce from their own gardens would help lower the price of vegetables needed by the U.S War Department to feed the troops. Such a savings could then be used elsewhere to provide weapons and clothing to the military: Home victory gardens also increased the supply of produce that was otherwise rationed and limited to homemakers across the county. Around one third of the vegetables produced by the United States during the war years came from victory gardens.

By May 1943, there were 20 million victory gardens everywhere from rooftops and empty lots to backyards and schoolyards or in any other usable plot of dirt in the United States. It became a sign of patriotism to convert your front lawn into a vegetable garden.

Eleanor Roosevelt planted a victory garden on the White House grounds as an example to the vast number of dedicated followers of her newspaper articles and radio broadcasts. This was viewed with concern by the Department of Agriculture. Not everyone was an experienced gardener, so the government issued educational pamphlets, as did seed and agricultural companies, including growing techniques and recipes. As a result, 9,000,000–10,000,000 tons of fruits and vegetables were successfully harvested in homes and community plots in 1944. “Grow your own, can your own", was a slogan that referred to families growing and canning their own victory garden food, so the harvest could last all year.

Even in New York City, lawns were converted to victory gardens, as were portions of San Francisco Golden Gate Park. Schools and community centers still plant gardens to teach children about harvesting, good nutrition and the wonder of watching nature’s bounty when properly cared for.

To read about Agnes Odboddy’s victory garden and her recipe for Oxtail Stew and War Time cake, Mrs. Odboddy Home Town Patriot is available at Amazon for just $3.99, or about the same price as a nice package of bran muffins from today’s supermarket. Bran muffins or hours of reading enjoyment. You make the call. 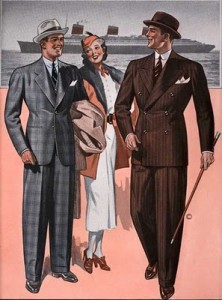